An Ultimate Guide to the 5 Most Popular Backend Frameworks 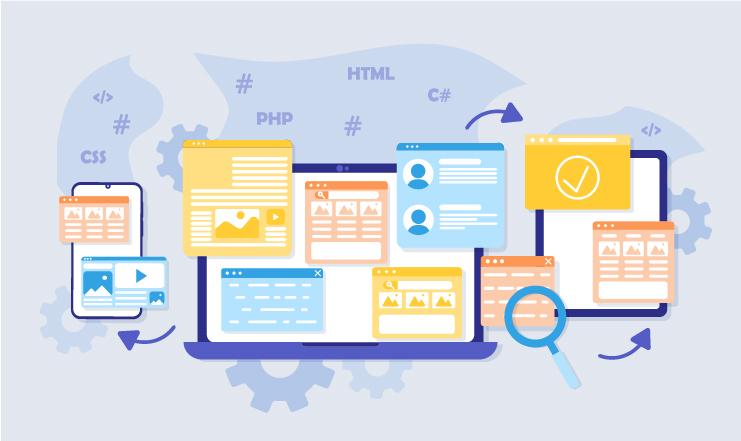 There are dozens of different programming languages and frameworks you can use in your project, but knowing which one will help you ship on time is crucial. Before sharing the five most popular backend frameworks, let’s discuss what a backend framework is?

What is a Backend Framework?

A backend framework is a software framework that makes it possible for programmers and developers to create a server-side web application with less hustle and perform the backend operations of an application. Backend Frameworks are known for their speed, scalability, and efficiency. At iBuildsoft we create web & mobile application templates built with React, Vue, Angular, and React Native to help you develop web apps faster.

Here are the five most popular backend frameworks of 2022 that you just need to know about.!

Ruby on Rails is the most popular web framework for building web applications. The framework encourages well-known software engineering patterns and principles such as active record pattern, Don't repeat yourself, and Model–view–controller (MVC).

Django is a Python-based free and open-source web framework, which follows the model-view-template architectural pattern. The main principles of this framework are fast development and solving problems as quickly as possible. Django has an active community that supports the product and solves users' issues.

Laravel is an open-source PHP framework, which is based on the MVC (model-view-controller) architectural pattern. Some of its most popular packages are Socialite for social sign-in, Cashier for subscription billing with Stripe, Passport for OAuth2 server implementations, Scout for full-text search, and many more.

How to Choose Among the Most Popular Backend Frameworks?

Does your business need a web app or a mobile app? Choosing the perfect backend framework can save you time and money by enabling you to manage and maintain your application. We recommend you pick a backend technology that is flexible, scalable, supports open-source technologies, has a large number of developers, has many libraries and plugins, and can be easily modified and upgraded.

You should consider the current trends and high-demanding frameworks if you have multiple options available. If you do not have enough coding knowledge, iBuildsoft is here to guide you well and provide you with the best services. Feel free to contact us and discuss your business details with our experts.